What happens when you put in the same room doctors, chemists and engineers? Well, you need to attend to the Business Engineering and Surgical Technologies Innovation Course (B.E.S.T. Innovation Course) organized each year by the Institute of Image-Guided Surgery (IHU Strasbourg), and that this year was held from the 21 to the 25 of August and that was followed by a symposium the 26 and 27/08.

This is an intensive course (each day 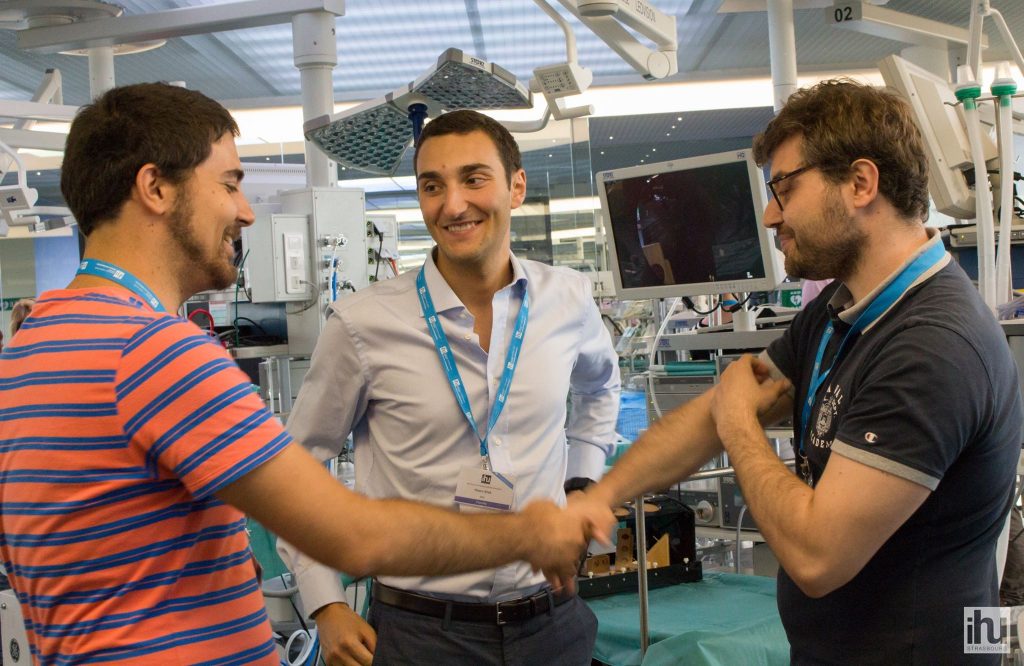 all the day, from 8 am to midnight) for medical students and engineers from all over the world, and consists in lectures from medical doctors, entrepreneurs and venture capitalists in the biotech industry, hands-on activity of laparoscopic surgery on ex-vivo models and also in in-vivo models, and then an engineering projects. 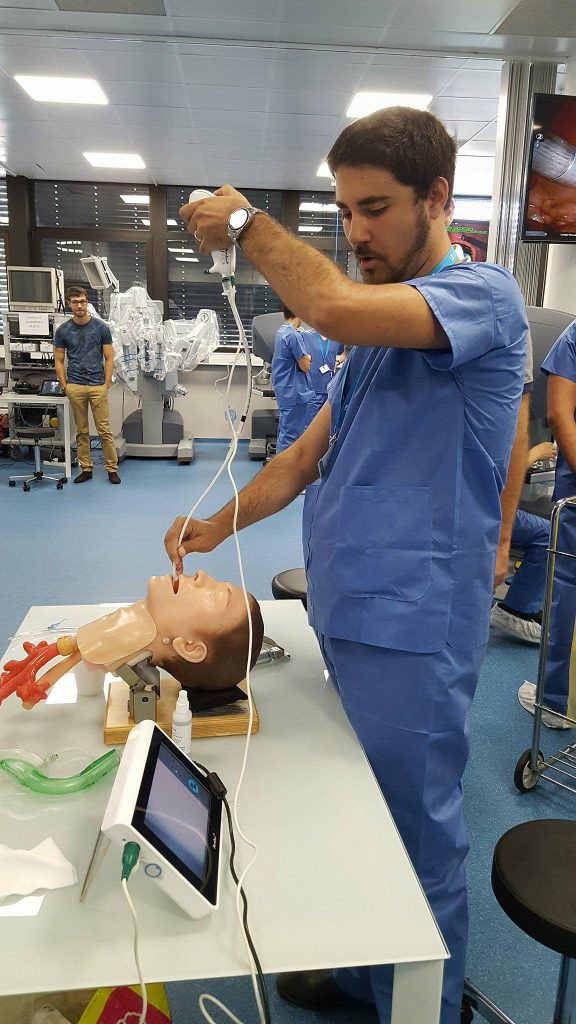 For the hands-on activity, we had the opportunity to spend several hours learning laparoscopic suturing and endoscopy, and then we had the opportunity to test our skills on a living animal. I performed a small bowel resection with End-to-End Anastomosis and an endoscopic biopsy ot the stomach wall, something not so common for a chemist! We were also able to try some exercise, in-vivo and ex-vivo, on the DaVinci Robot, to try some intubation techniques, to do some exercises of percutaneous surgery and to try some of the new technologies that are in the development at IRCAD/IHU.

For the engineering project, this year we were divided in groups of five people and we were requested to imagine a new device to improve the diagnosis of Gastroesophageal Reflux Disease, build a prototype, write a business plan and present all our work in a pitch. My team was composed by also by three doctors and two engineer and our project was awarded with the BEST Business Plan Award.

It’s impossible to say how formative and inspiring was this week. Even if for my work I collaborate with surgeons in the operating room quite often, having the opportunity to really work from thei point of view helped me a lot in understanding the problem they face and gave me some interesting ideas for my research. At the same time it was interesting to have an insight on the business, commercial and regulatory side of the biomedical industry, something that is not always taken in appropriate consideration by academic scientists!